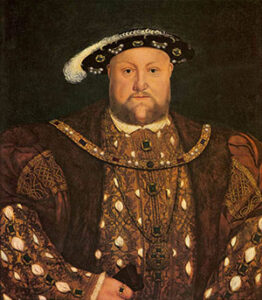 Believe it or not, the history of stair lifts begins in 1500 with King Henry VIII of England. After suffering from a jousting accident, the King became nearly immobilized and unable to climb the steps in Whitehall Palace. Henry VIII’s stair lift differed vastly from the stair lifts we know today as it required numerous servants and ropes to move the stair lift up and down the stairs.

Since then, the stair lift has evolved into a safe and easy solution for those unable to use the stairs. It has been called by many names. Some refer to is as a stair chair, chair lift, lift chair, stair climber, or even a stair glider. Whatever the name, the stair lifts we know today began with the creation of the Inclin-ator.

In the 1920’s, C.C. Crispen wanted to help his sick and ailing friend traverse the stairs in his home. His idea led to the invention of the Inclin-ator, which was the first stair lift to use the traveling seat on a stationary rail system. This straight stair lift allowed his friend to safely move from one level of his home to another.

Since the 20’s, there have been many improvements in stair lift technology. Features like battery operation allow the lift to work even while the power is out. A variety of safety features has also been developed, and include features such as a swiveling seat, automatic end stops, obstruction sensors, and seatbelts. Innovation has also led to the creation of curved and outdoor stair lifts, allowing a stair lift to be installed on almost any type of stairs.

Now stair lifts include features like a folding rail, available on the SL300 and SL600, which automatically folds out of the way when the lift is not in use. Another feature available today is the motorized seat and footrest, available on the Handicare 1100. These features allow the seat to be swiveled and the footrest to be folded and unfolded with just the touch of a button. The stair lifts that many users know and love today have come a long way from the labor intensive design where it all began.